Inauguration of the academic year 22/23 of the master's degree in Actuarial and Financial Sciences.

On September 15, we had the presence on the campus of the Minister of Inclusion, Social Security and Migration, Mr. José Luis Escrivá, who, together with the Vice-Rector for Studies, Isabel Gutiérrez, and the Direction of the Master's Degree, inaugurated the XIV Edition of the Master's Degree in Actuarial and Financial Sciences from the Carlos III University of Madrid.

Mr. Escrivá's talk was about “Policy Design in a Context of Uncertainty”.

After reviewing the evolution of uncertainty in recent years in an international context, Mr. Escrivá detailed the differential elements at the time of decision-making in economic policy:

3. CERTAINTY: ANCHORAGE OF EXPECTATIONS IN THE MEDIUM TERM

At the end of the talk, a round of questions was opened in which the students had the opportunity to ask Mr. Escrivá various questions related to the pension system.

José Luis Escrivá Belmonte is a Spanish economist, tax auditor, and politician, current Minister of Inclusion, Social Security, and Migration of the Government of Spain since 2020.

Other positions he has held include head of the Monetary Policy Division of the European Central Bank between 1999 and 2004 and director for the Americas of the Bank for International Settlements between 2012 and 2014.

In 2020 he led the project of the minimum vital income (IMV), the economic benefit guaranteed by the Government of Spain to those vulnerable people who lack economic resources and which entered into force on June 1 of the same year.

Inauguration of the academic year 22/23 of the master's degree in Actuarial and Financial Sciences.

IDEAS FOR THE BUSINESS WORLD 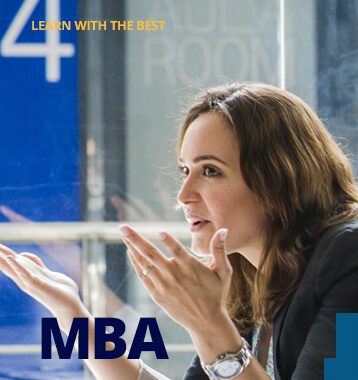